HATCH ACT WARNING Information on this page involves partisan election-related activity and it should not be downloaded, posted or sent to others using U.S. Postal Service equipment, nor should it be read, downloaded, posted or sent to others while on the clock or while on USPS property. In accordance with the Hatch Act postal and federal employees are restricted from engaging in partisan political activity while on the clock or on postal or federal property.
The APWU is challenging the restrictions on postal workers’ use of social media for political activity, but employees should adhere to these guidelines in the meantime. 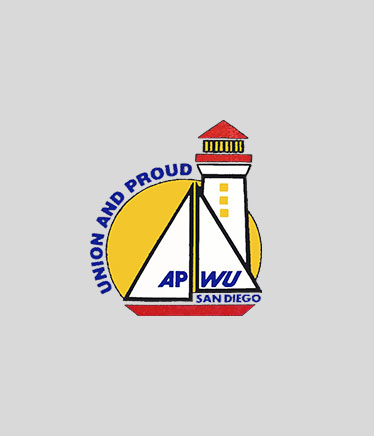 Director of Legislation & Political Action, This Office is Currently Vacant

The Legislative and Political Department helps advance the union’s cause within our local representatives and on Capitol Hill in Washington D.C. It keeps APWU members informed about important issues and legislative developments. Working with the union’s president, we are the APWU’s eyes, ears, and voice in Washington, DC.

The APWU’s non-partisan Committee on Political Action (COPA), was created to raise voluntary political campaign contributions to support congressional members who advocate for working families and the public Postal Service. COPA allows us to amplify our voice.

Every contribution is forwarded to the National APWU, and recoded in our database where it is deposited directly in COPA’s bank account. By law, COPA funds may not be co-mingled with other APWU funds. The Secretary-Treasurer’s Department is responsible for administering the COPA account at headquarters, and employees in APWU’s accounting department make sure that individual and group contributors are acknowledged.

National COPA Committee members meet regularly to survey the political landscape and to determine the best use of COPA funds. We consult with headquarters staff and other APWU national, state and local officers about supporting incumbents and challengers. The COPA committee also consults the Retirees Department, retiree chapters and the APWU Auxiliary to get their input.

The fight to preserve our democracy and the integrity of our elections is far from over. As critical races unfold across the country, we must continue to lift up pro-Postal Service, pro-worker candidates as well as make sure every citizen can safely and easily cast their ballot, whether they choose to do so by mail or in person.

Postal Board of Governors

The Postal Service has a Board of Governors that is responsible for major decisions about the Postal Service’s operations, policies, and expenditures. The Board is made up of eleven members, which includes the Postmaster General and Deputy Postmaster General. Nine of the members, the Governors, are appointed by the President of the United States and confirmed by the Senate. Right now, there are six members and four vacancies on the Board. On February 24th, President Joe Biden nominated Anton Hajjar, Amber McReynolds and Ron Stroman to fill three of the four openings. Hajjar, McReynolds, and Stroman better reflect the American people and will bring diverse perspectives to the Board. On April 28th, the Senate Homeland Security & Governmental Affairs Committee (HSGAC) held a business meeting to consider pending nominations to the Postal Board of Governors

Following a roll call vote on each of the nominees, the nominations of Hajjar, McReynolds, and Stroman were reported favorably to the Senate HSGAC. In the month of May over three separate votes, the full Senate confirmed all three of President Biden’s nominations. They will all be sworn in to serve on the Postal BOG. This legislative priority was updated on May 28th. Thank you for making calls and emailing members of Congress to push these nominations forward. Now confirmed, Hajjar, McReynolds, and Stroman have the power to:

August 20th, 2020: President Dimondstein testified before the Congressional Progressive Caucus on the importance of COVID-related emergency postal funding, the efficacy of Vote-by-Mail, and against efforts to privatize USPS.

August 28th, 2020: President Dimondstein testified before the House Committee on Homeland Security on the importance of COVID-related emergency postal funding, the efficacy of Vote-by-Mail, and against efforts to privatize USPS.

September 3rd, 2020: USPS held the inaugural meeting of the National Election Mail Task Force. APWU was integral to the establishment of the Task Force, which helped ensure ballots got where they needed to go securely and efficiently during the 2020 election.

December 27th, 2020: We worked to ensure that another sweeping COVID relief bill included vital funding for the Postal Service. This bill converted the $10 billion additional borrowing authority loan in the March 2020 CARES Act into direct emergency relief to the USPS without requiring repayment.

February 24th, 2021: President Dimondstein appeared at a hearing of the House of Representatives Committee on Oversight and Reform to discuss the financial issues facing the Postal Service and a draft legislative proposal on postal financing.

March 11th, 2021: President Biden signed the American Rescue Plan Act of 2021 into law, allowing workers to take COVID-related paid time off to care for themselves and for their loved ones. Postal workers also secured a critical workers compensation reform, which helped streamline COVID-19 claims.

May 12th, 2021: The Senate confirmed Ron Stroman and Amber McReynolds to the Postal Board of Governors.

May 28th, 2021: The Senate confirmed Anton Hajjar to the Postal Board of Governors.